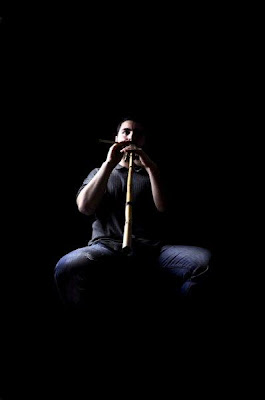 Of course if you listen to the first time it sounds like the sound of bagpipes, then you ask yourself: "but there is only one musical instrument?"

It 'a small orchestra, just because it is made of three pieces:

Sa croba: composed "On tumbu" and "Sa Mancosa"
are united, but they do different sounds.

Separated on the right there is the "Mancosedda" or "Mancosa pippia" used for solos.

Su Tumbu emits a deep, low sound the entire instrument is tuned on his note, it is made by a long and large reed.

This musical instrument dates back to many years ago in nuragic age, and now is still promoted by many players in Sardinia that made know them in the world wide.
One of the greatest Launeddas master I remember is Luigi Lai, known throughout the world for his skill.
The most important occasion you may listen music played by Launeddas is the"Sant'Efisio Sagra" in Cagliari, each 1st of May a band of Launeddas' players follow the statue of the Saint Efisio along is journey from the Sant'Efisio Church in the earth of Cagliari since the little poor church on the seashore. 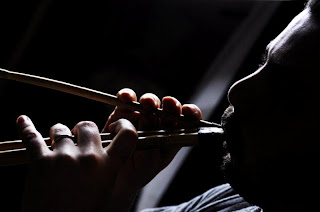 Is far to be simple learn to play Launeddas, you have great difficulties, beacuse first hard thing to learn is to puffing chicks, at the difference with bagpipe that you pump air in the bag with your mouth and then release air with the pression of your arms, Launeddas needs a continuous puff, and the chicks must be always full of air for modulate the sounds; another hard thing to do is to coordinate left hand with right hand.
With left hand you make the accompainement and with the right the solo.
Normally, a Launeddas player can construct his instrument, and this is another hard thing to do, the instruments are made with cane that grows in Sardinia (some type only in one local restricted area).
Constructor have to choose the pieces, he have to choose a long and large cane fore the "Tumbu" and little smaller pieces for the "Mancosa" and the "Mancosa Pippia" then a smaller pieces for the reed, one for each pieces. 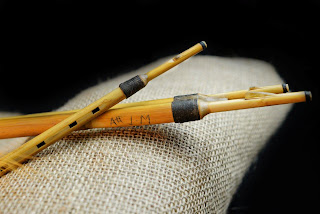 "Su Tumbu" have no holes to change its sound, it makes a continuous low and deep sound with a little noise on the background (the vibration of the reed)

"Sa mancosa" have five holes, four keys are used to modulate the sound, "Sa Mancosa pippia" have six holes, five keys but one of them is always plugged (the topper or the lower, and it change tuning)
to seal up the holes and the reed is used beeswax.
Most famous songs played with Launeddas are "Ballu Fiorassiu" or "Mediana a pippia" 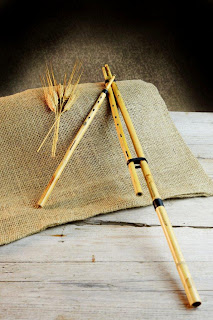 My latest images for sale at Shutterstock:

My most popular images for sale at Shutterstock: